Just because something is old does not mean it is valuable.

You may ask a qualified antique appraiser: “What is the value of my antique?” Their answer will likely be that demand, quality and rarity determine value. No matter what information you find on the internet or in a price guide regarding the value of your antique it is only worth what someone is willing to pay for it.

It takes a qualified antique appraiser to know whether you have a rare piece of furniture or a great fake.

For example a Chippendale antique secretary originally made by the Goddard-Townsend family of cabinet-makers sold for $12,100,000 at Christie’s auction the highest price every paid for a piece of American furniture.  Demand for an item will increase the price. Often antiques that were not in favor last year will be in demand due to the decorator group who promote new styles and interiors.

Condition is very important when considering value. For example at the December 7, 2010 auction of ‘Important Furniture, Silver and Ceramics’ at Sotheby’s London, the buzz was about a George III commode, which fetched close to $6,000,000. Was this huge sum due to the excellent condition, lack of warping, the workmanship, the overall intricate floral–themed marquetry which incorporated lacquered rose and tulipwood?  Or was it due to its provenance (history) the piece belonged to the 10th Earl of Harrington, and been in the family for generations? All of these things added to the value of the commode along with the fact that it was made by Thomas Chippendale and a prime example of his late, Neo-Classical style. The maker’s name does matter in antiques.    Antiques are usually objects which show a degree of craftsmanship, or certain attention to design such as a piece of furniture or an early automobile. 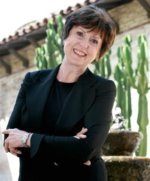 For volume of sales, customer satisfaction, and excellence, Yvonne was awarded the distinction of Power Seller by e-Bay.